I feel really guilty that I've barely played any games for the past year and have been focusing way too much on my fashion and beauty blog instead. However, I've still been following IGN religiously and was delighted to see good reviews of a game where you basically play as a goat and get to destroy the hell out of a city. Sounds exactly like my kinda game. So I downloaded it, and obviously loved it. 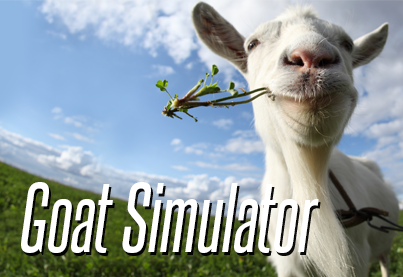 Goats are fascinating creatures. They're cute, unpredictable and pretty delicious so what's not to love about playing a game as one. Unfortunately this review will have to wait because the moment I saw the photo below about PewDiePie's quote about the game, I went straight to his blog to see a video of him playing it and just realized that they've come out with a patch. So, for now, I'm downloading the patch and playing. 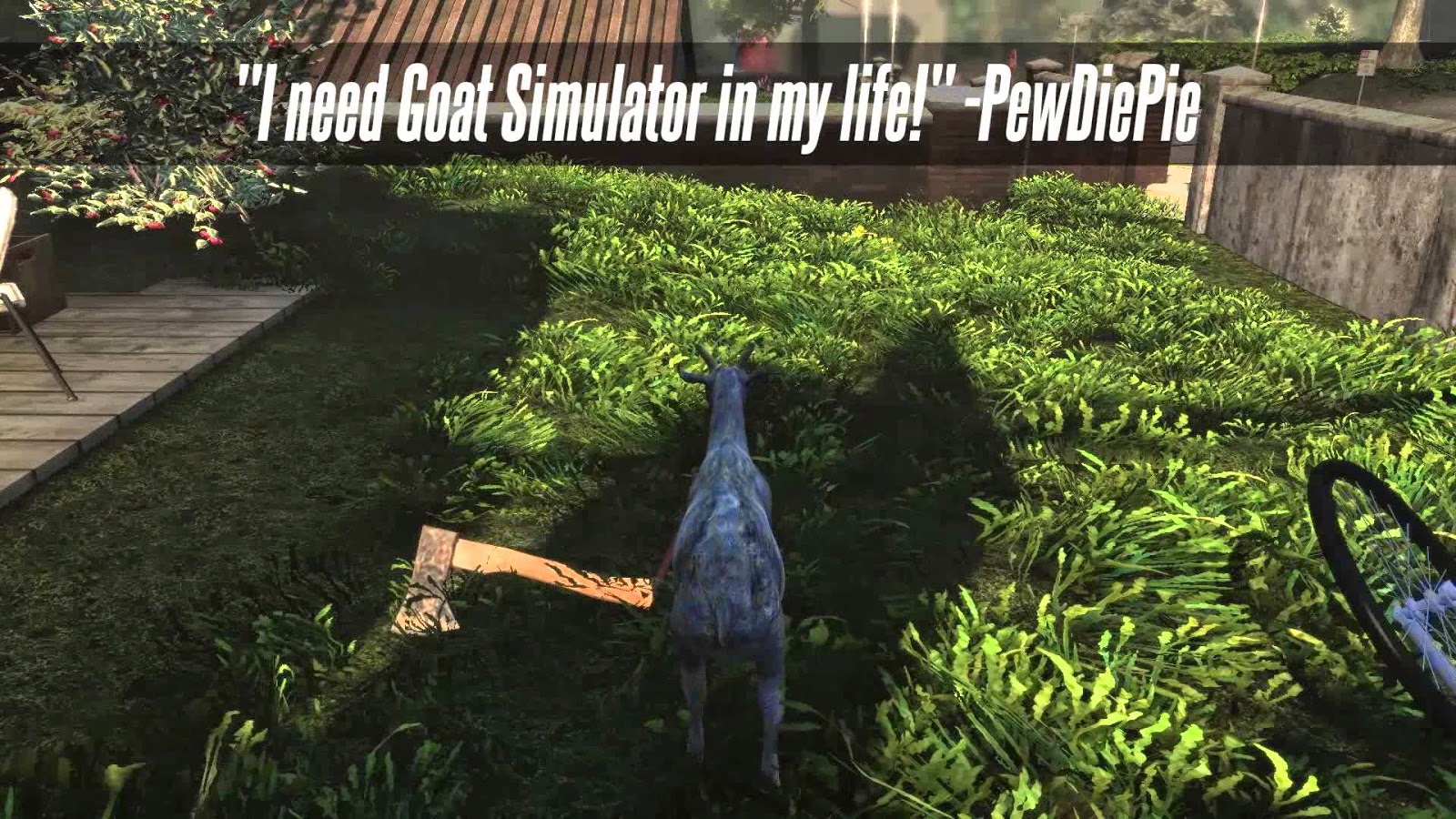 Review will come soon, I promise. Till then, enjoy a close up of our heroic goat! 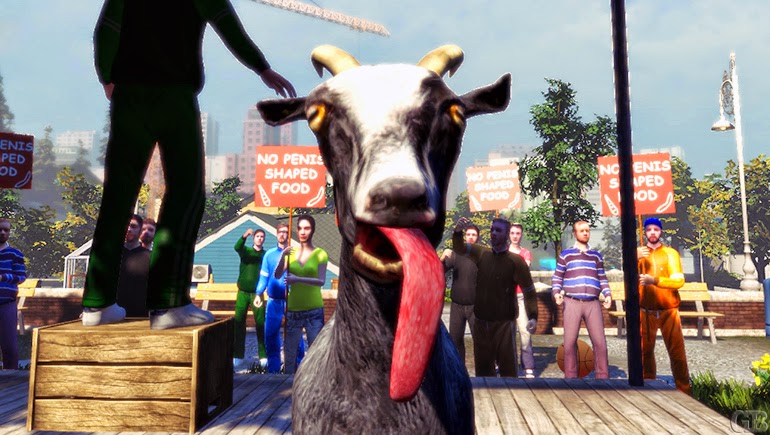 Damn, I really should update this blog more often! 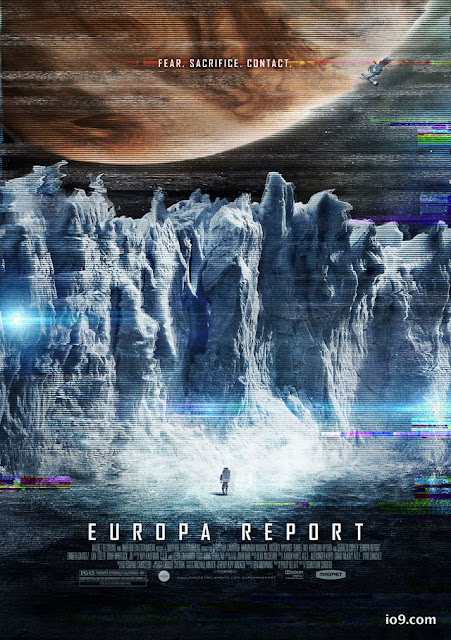 Okay, so here goes. I've never been very into Sci-fi flicks ( unless they had a horror/thriller element ) but Europa Report was definitely an exception. This is a found footage film, which tells us the story of the first manned mission to Europa, one of Jupiter's moons which is believed to have immense oceans beneath its icy surface and possibly, extraterrestrial life. Now, the fact is that Europa has a surface of ice and its atmosphere primarily contains oxygen and other potential raw materials of life. Scientists have even suggested hypothetical models that make it possible for Europa’s oceans to support complex life forms so we know that the movie has chosen a realistic possibility for its storyline.

Okay, getting back to the movie.

A six person crew is sent on a 3 year mission to Europa but we know from the start that their voyage was doomed. There are cameras everywhere in the ship - Europa One, to allow people on Earth follow the mission’s progress. Around nine months into the flight, the ship loses communications with Earth. Despite this setback, the international team of six astronauts continues their mission to search for evidence of life in the solar system and slowly, things go wrong one by one. By the end of the film, communication with Earth is restored and all the footage of the missing months is recovered too. The film represents the accumulation of all those lost months of footage. How the mission went wrong is told using this footage, edited and narrated by the ground commander. Once they touch down on Europa, strange things begin happening outside.

The film is chronologically out of order, making it a little confusing and for a while there’s misdirection regarding whether certain characters are alive or dead. 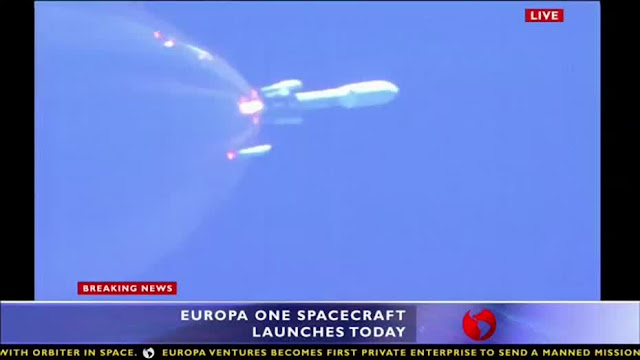 To make the film as realistic as possible, its team asked two scientists working at NASA's Jet Propulsion Laboratory to consult during production and post-production of the film. That's not all, the filmmakers even used footage from NASA's Juno launch to Jupiter as a stand-in for the launch of Europa 1. The science blog io9 called it the most painstakingly accurate space movie they've seen in ages (http://io9.com/europa-report-at-last-a-space-thriller-worth-taking-s-493192948)

For more about Jupiter's moon Europa, check out this amazing infographic -

Source SPACE.com: All about our solar system, outer space and exploration.

Europa report recently released in the US, and is playing in theaters now so if you find this interesting, please go watch it.
Posted by June at Tuesday, August 20, 2013

Okay now as you may know, AnnaLynne McCord is extremely hot and you may have definitely seen her as the vixen bombshell in movies like Fired up or shows like 90210 and Nip/Tuck. In this movie, she plays the antithesis of what she's famous for, looking virtually unrecognizable thanks to stellar makeup and good acting that transform her into Pauline. She plays an unattractive teenage outcast with psychological issues associated with her family and a fetish for death, blood and surgery (because of her desire to become a surgeon, hence the title Excision) coupled with teenage issues like wanting to lose her virginity and stuff. 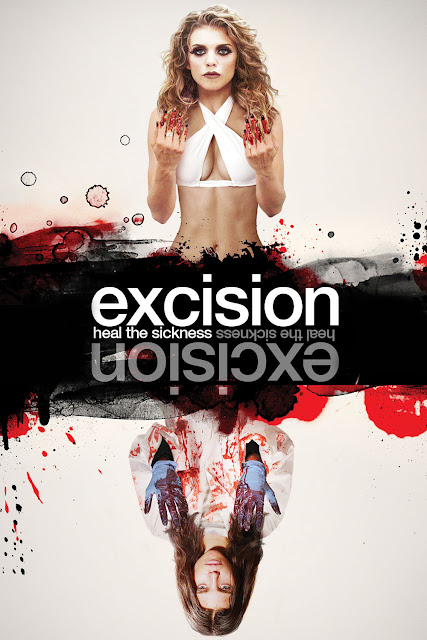 A somewhat gory film set in a high school setup, Excision is a dark and bloody film about a teenager who does not want to be like the rest of her peers and is pretty comfortable about it. She does, however, know that she has psychological issues and is practically screaming at the top of her lungs for psychological help. She even asks her parents to take her to a psychiatrist but her prissy mother takes her to the priest instead. When I speak of Excision, I say somewhat gory because I have a penchant for gory movies and I have also played lots of video games of the same nature so this one doesn't have too heavy a dose, but that's according to my standards.


She has a terrible relation with her religious and controlling mother, who makes things even more difficult for her by constantly nagging her and forcing her to be her idea of the ideal daughter while her father is oblivious to her mother's attitude towards her. Besides this, her antisocial attitude coupled with her desire to provoke a reaction from her classmates, teachers and parents all leave her disliked. She is surprisingly witty at times and the film does make you laugh at times, sometimes even feeling really happy when Pauline has things her way in the otherwise dark story line  Besides her self proclaimed sociopathic behavior she does, however, adore her dying younger sister, Grace, who is clearly her parents’ favorite. The problem is that Grace has cystic fibrosis, and is becoming more ill by the day. After researching her condition, Pauline becomes determined to take any extreme measure to save her little sister.

Every now and then, the film takes you into Pauline's dreams, showing you her blood-drenched and outrageous fantasies that involve necrophilia, guts, corpses and surgery. There's no commentary; but the fantastical imagery and stunning videography, take you into her deranged mind until the abysmal conclusion of the film steals your breath away, showing a much deeper side to her personality and her issues.
This isn’t the kind of story that’s told very often, and according to me it’s a hell of a piece of work. If you can handle weirdness and have a strong stomach, go for it!

OMG I just realised that I've neglected this beloved blog of mine a bit too much. To be honest, I haven't really been playing anything for a couple of months now. The last game I finished was Costume Quest, an addictive and childish game based on Halloween and Trick or Treating so I am not gonna review it. However, I did watch a superb horror movie last week and I'm pretty sure it won't really appeal to the fashionistas who read my other blog so I'm posting about it here. This is one more of the found footage films and they don't really appeal to me much (the same way FPS shooters don't) but then there is always an exception. To love horror movies is to live a life searching for a fix like your first highs and rarely getting it. Thankfully V/H/S gave me a well deserved fix! 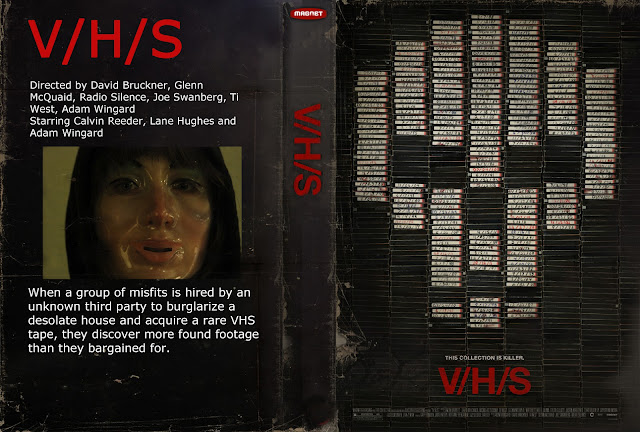 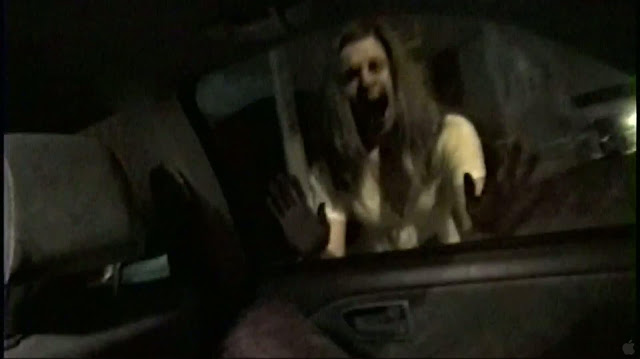 So they break into the house, they find the sole occupant- an old man- dead in front of a bunch of television sets playing white noise. When they start exploring the house, the criminals quickly discover hordes of unmarked VHS tapes and start collecting them all to make sure they retrieve the right one. Meanwhile, one of the them stays behind in the room with the old man's body and starts to watch the VHS tape left in the VCR. The contents of the tape and subsequent videos put into the player comprise the bulk of the film and this is when the fun begins. Each video they watch is stranger than the last and will surely cause great pleasure to any horror movie buff. Each tape they watch is a short film by a different horror director. 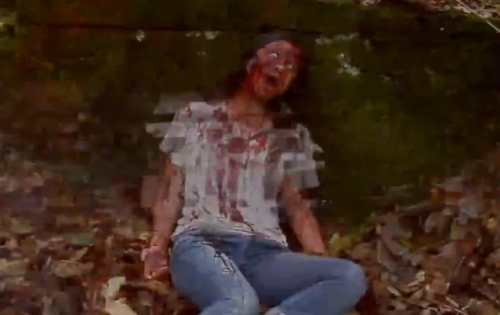 When I heard that this movie had been screened at the world-renowned Sundance Film Festival, I hoped it would be worth it. But then when I read that two people (one was man!) fainted during the screening I said a little secret prayer to myself hoping it would be EPIC. Read more about the incident here.

I just read that a sequel which is being called S-VHS is already on its way and will be out in 2013! The lineup of directors of the sequel is pretty impressive as it consists of horror movie masters including the likes of Eduardo Sanchez (The Blair Witch Project), Jason Eisener (Hobo With a Shotgun), Adam Wingard (You're Next) and many more. Lets wait for this one and hope its badder, bigger and weirder than the first!

As I watched the trailer just now, I felt a surge of endorphin induced goosebumps and an immense desire to watch it again! Oh, and by the way, to add to the fun, I watched this movie all alone at home, way past midnight ;) You should do the same!
Posted by June at Friday, December 28, 2012


I got featured in this month's Grazia magazine's India edition!!! Check it out on page 83!! 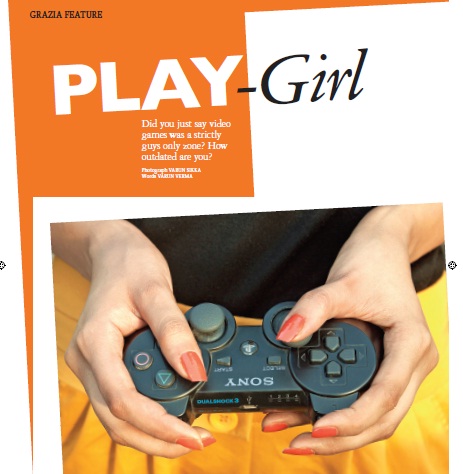 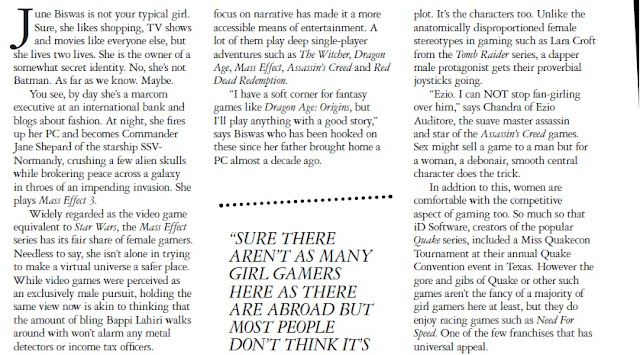 Some memorable moments from the walking dead, where our cast members show us how to do it when  zombies take over the neighbourhood.

The Walking Dead - Inside Jokes 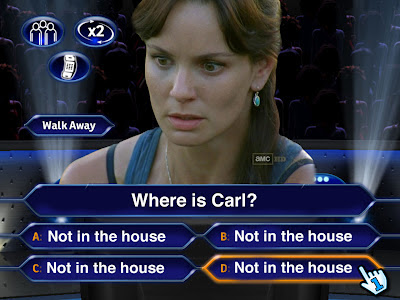 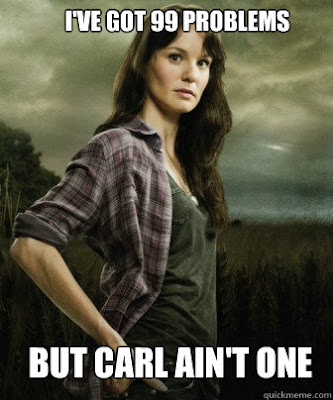 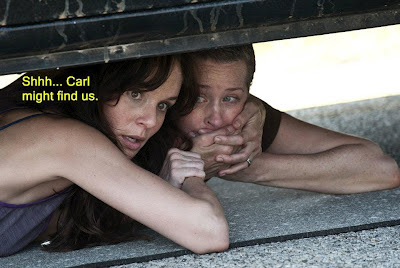 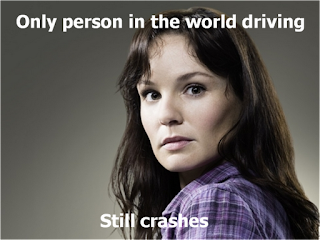 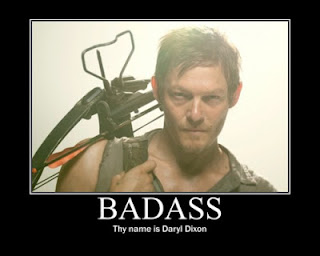 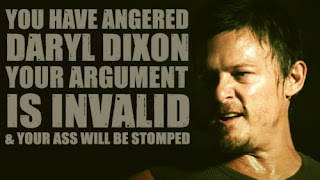 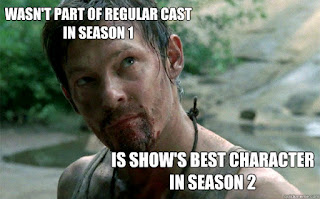 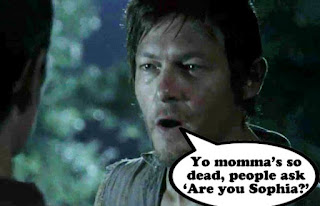 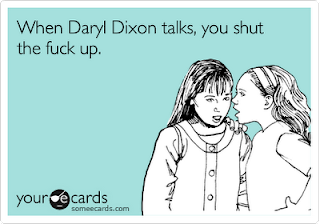 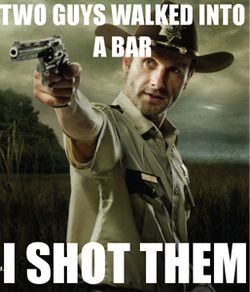 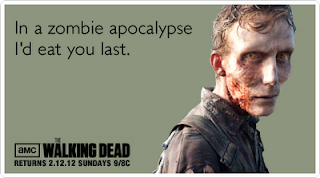 You are visitor number

June
Hi! I'm June and I'm a travel, fashion and lifestyle blogger from India. Welcome to my blog 😁